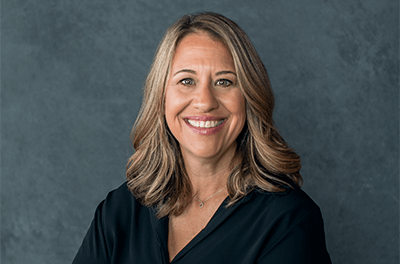 Jennie Schaff, Ph.D. will join the Max and Marian Farash Charitable Foundation on January 1, 2022 as the organization’s chief executive officer. Schaff has served as the president and CEO of Jewish Family Services for over three years.

The Foundation began its search for the organization’s next leader when Holli Budd announced her retirement in April. According to Daan Braveman, head of the search committee and chair-elect of the Foundation’s board of trustees, the recommendation was made to the board to hire Schaff on Thursday, October 21st, which was unanimously and enthusiastically approved. The search was nationwide, drawing 235 applicants and prospective candidates.

Schaff earned her Ph.D. in Education from George Mason University in 2002, which prepared her for nearly 20 years as a professor. Thirteen of those years were at Nazareth College, where she helped to shape K-12 educators in Rochester and Monroe County, and gained a unique perspective on the challenges and opportunities within our current educational system.

For over 100 years, Jewish Family Services (JFS) has provided social services to families and individuals in Rochester, more than half of whom are non-Jewish. The agency offers a variety of programs, including mental health services, affordable housing, and essential services that address needs like food and clothing. During Schaff’s tenure, the organization grew by over 40% with respect to its staff and budget.

Since JFS is one of the Foundation’s grantees, Schaff has been in touch with the Foundation on a regular basis over the years, particularly with respect to the organization’s mental health initiatives. This relationship has given Schaff a deep understanding of the grantmaking process, including the importance of measurable results and accountability.

“Jennie’s background and expertise is a remarkable fit with the Foundation, particularly – but not exclusively – in the areas of the Jewish community and K-12 education,” says Thomas Jackson, chair of the Foundation’s board of trustees. “She’s the perfect person to further the Foundation’s focus on strengthening the constituencies that Max and Marian Farash hoped to aid by establishing the Foundation.”

Daan Braveman adds that Schaff is “an engaging leader with an infectious personality,” and her “experience with programs that improve the quality of education, address issues of poverty, and promote a vibrant Jewish community make her an exceptional fit for the Foundation and this role.”

Holli Budd, the Foundation’s inaugural leader, will serve in her role for the remainder of 2021. “I’ve had the pleasure of knowing Jennie for many years and have great confidence in her ability to lead the Foundation to new heights as it enters its next chapter,” says Budd. “She will be working with an incredibly talented team to fulfill Max and Marian’s legacy to the community they held so dearly.”

The Farash Foundation has recently completed its ten-year strategic plan and is in the process of formally rolling it out. Schaff is in an extraordinary position to lead the team that will breathe life into the organization’s strategic priorities. As CEO, she will also work to ensure the efficiency of the Foundation’s operations, evolve its approach to philanthropy, elevate its process for measuring and demonstrating impact, and deepen its partnerships throughout the community.

“I’m excited to be working with everyone at the Foundation,” says Schaff. “They exude such passion for the important work they’re doing and I’m thrilled to step into a role that both supports and guides them.”

Jennie lives in Brighton with her three children, her husband, David Clar, and his two sons.

The Max and Marian Farash Charitable Foundation is a private charitable foundation established in 1988 by Max and Marian Farash. The Foundation is dedicated to the civic and religious communities of its founders who believed in the importance of education and knew the power of entrepreneurial creativity. It strives to make long-term and meaningful contributions in Monroe and Ontario Counties with half of its grants supporting Jewish Life, and the other half supporting secular activities with a large emphasis on urban education. Since its transition to a professionally staffed organization in 2011, the Foundation has invested more than $90 million in grants and program support, and its assets total more than $300 million.